For the past two weeks I have been passing by the Delaware & Raritan Canal tow path, at the point where it runs underneath Route 29 northbound on the New Jersey side of the river, and noticing the pedestrian footbridge was nearing completion. Earlier in the week a few souls had been wandering along it.

As a small part of the project to replace the entire Scudder’s Falls bridge, a pedestrian footbridge was constructed on the upstream span. It connects the NJ D&R Canal and the PA Delaware Canal paths. A few days ago the entrance from the canal path onto the footbridge appeared unencumbered. No barricades. No warning signs. No construction workers. Was it finally open?

With a chill in the late afternoon air, Kristin and I set off on our Kona road bikes to see if we could make the short trip to Yardley, PA along the new footbridge. To my delight we could! Opening announcement. In some spots the concrete is a bit bumpy, perhaps the sign of a project which is late and rushing to completion prior to the onset of winter. A major benefit of this connection is that there’s no need to dismount your bicycle at any point while crossing. We calmly cruised along both the NJ and PA canal pathways into downtown Yardley - with a quick stop at Vault Brewing for a celebratory beer.

This bit of infrastructure is going to be an awesome addition to our biking routes come next summer.

Some photos I grabbed on the ride. 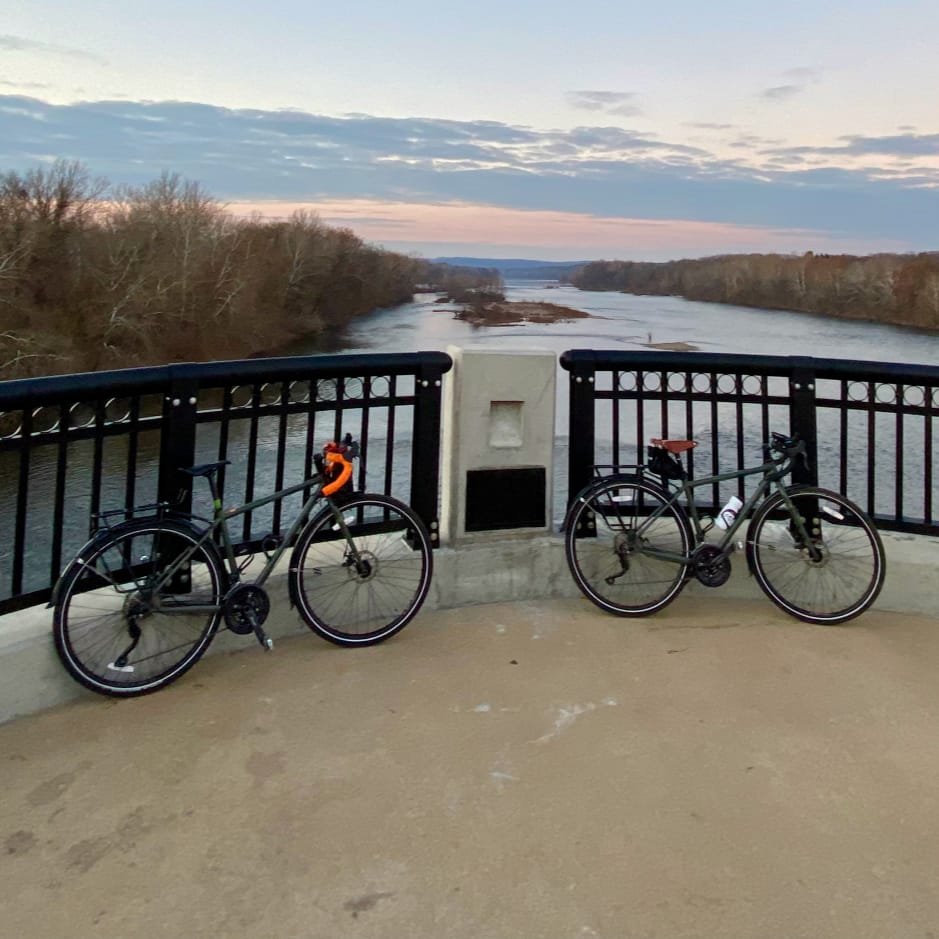 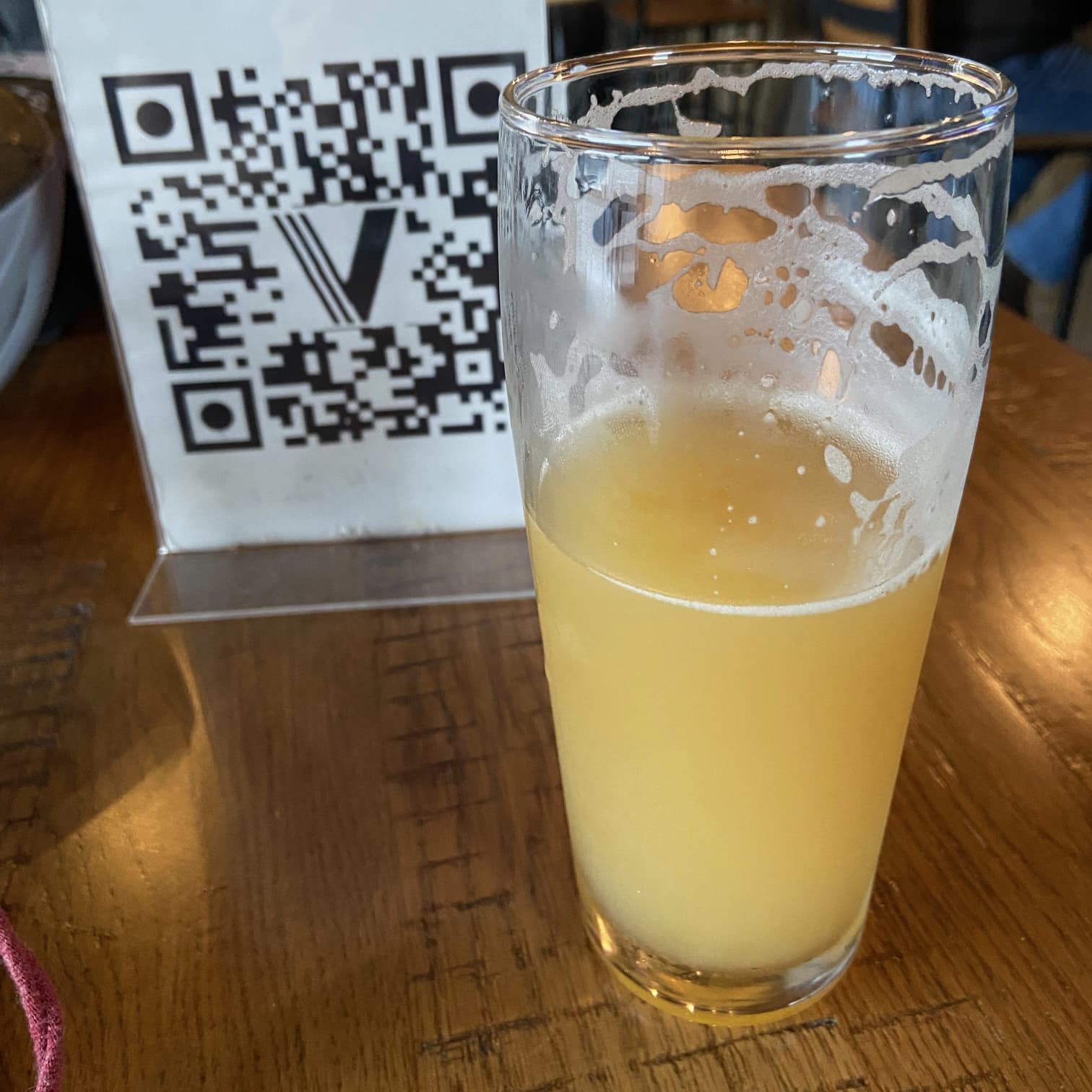 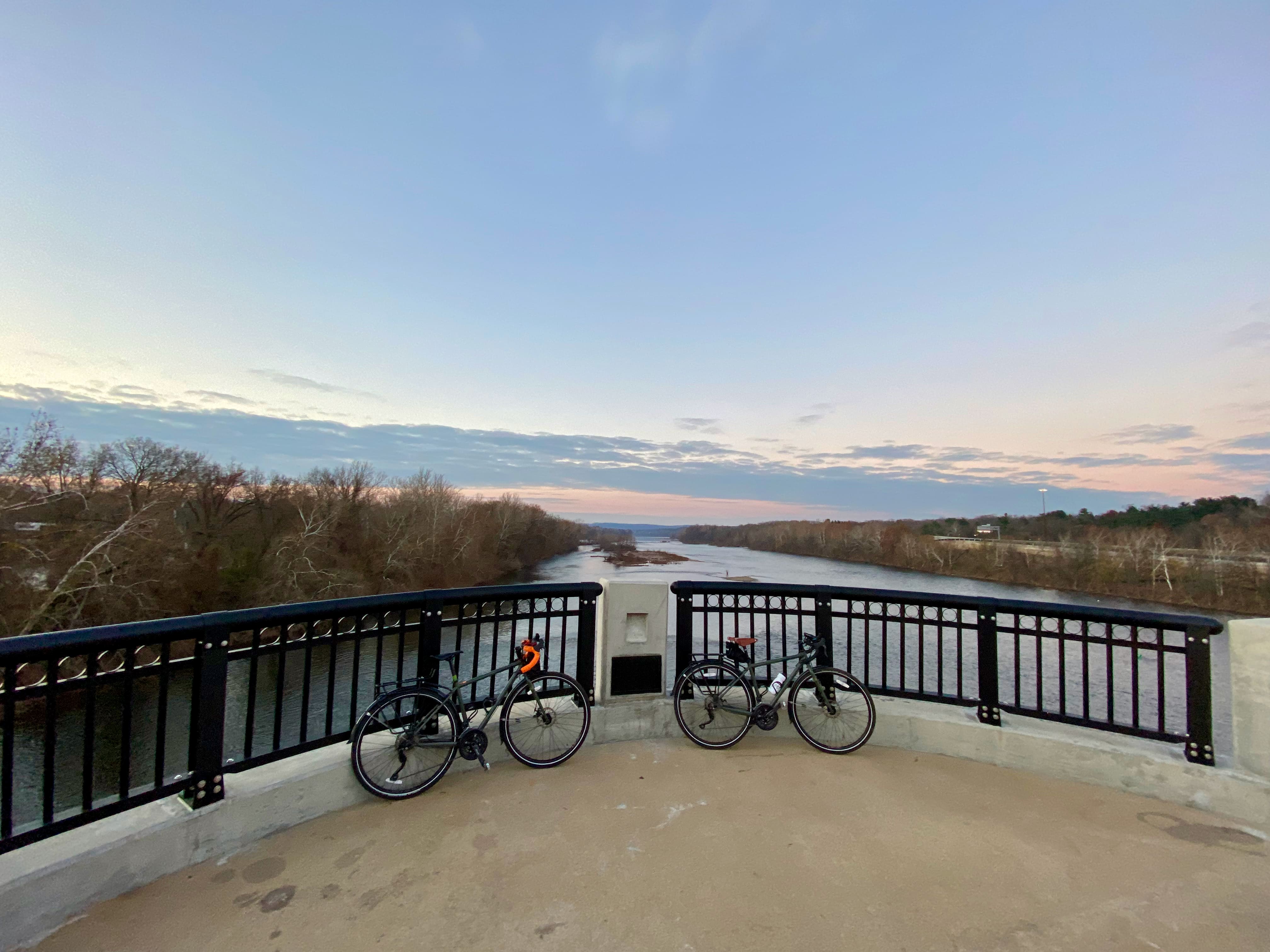