There’s a saying in the cycling world: n+1. Having loved math in college, I immediately recognize the meaning of n+1 to mean “current plus one more” and for cycling it means you will always need/want/desire one more bicycle than you currently have. And it’s true! I would love to own, and have room to store, an electric gravel bike, a mountain bike, a cargo bike, etc.

The latest iteration of n+1 is a bit…different. 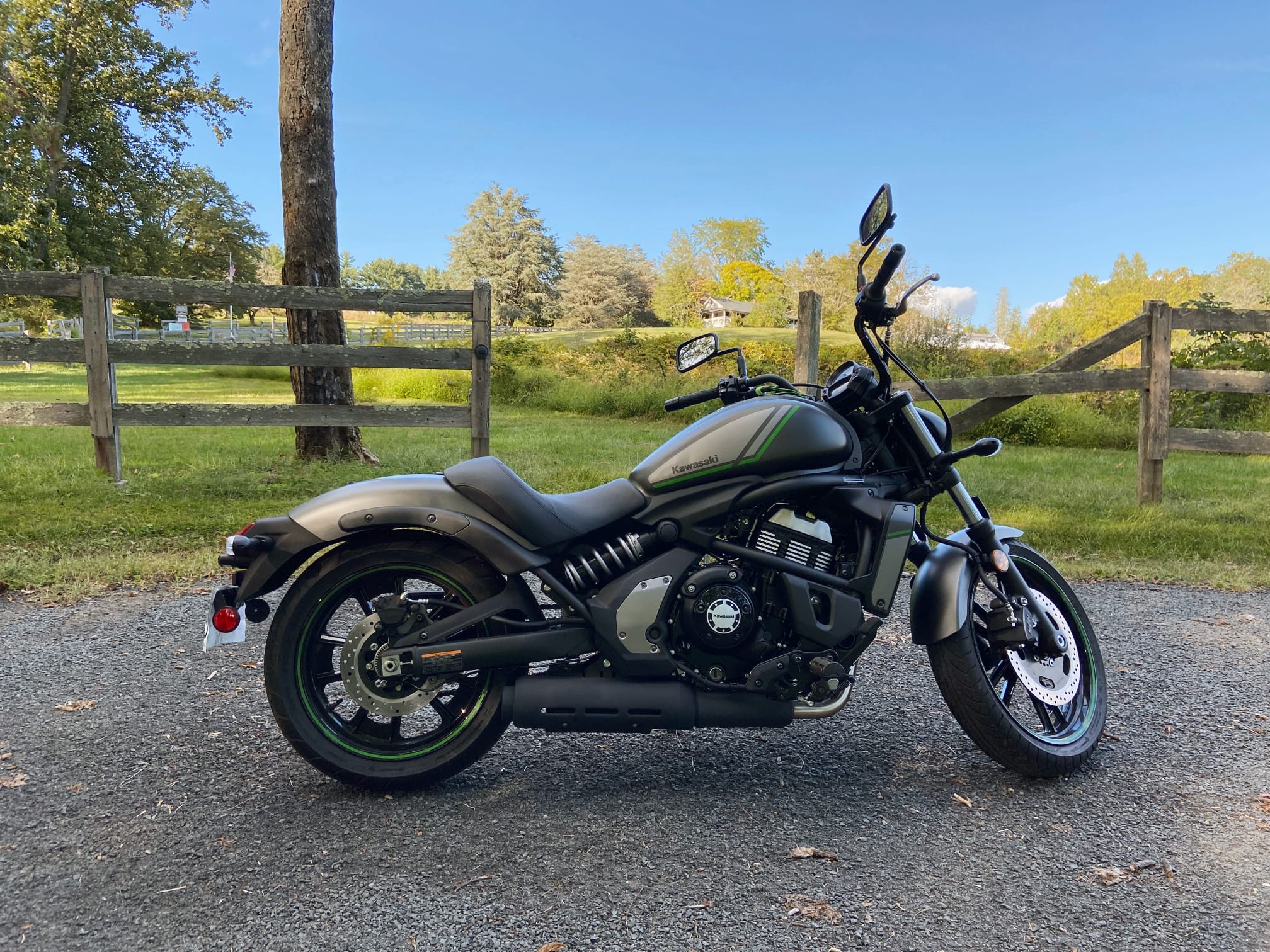 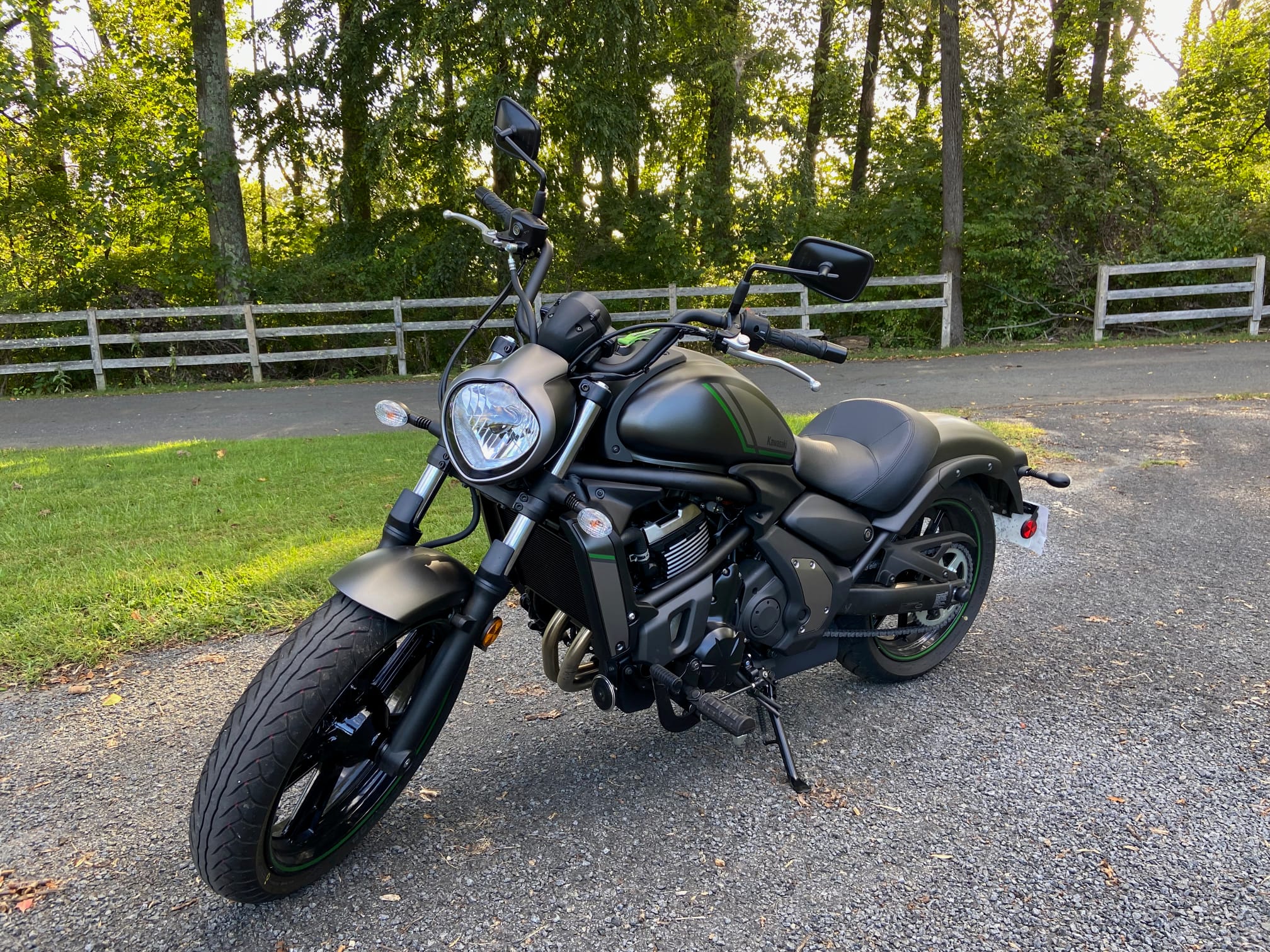 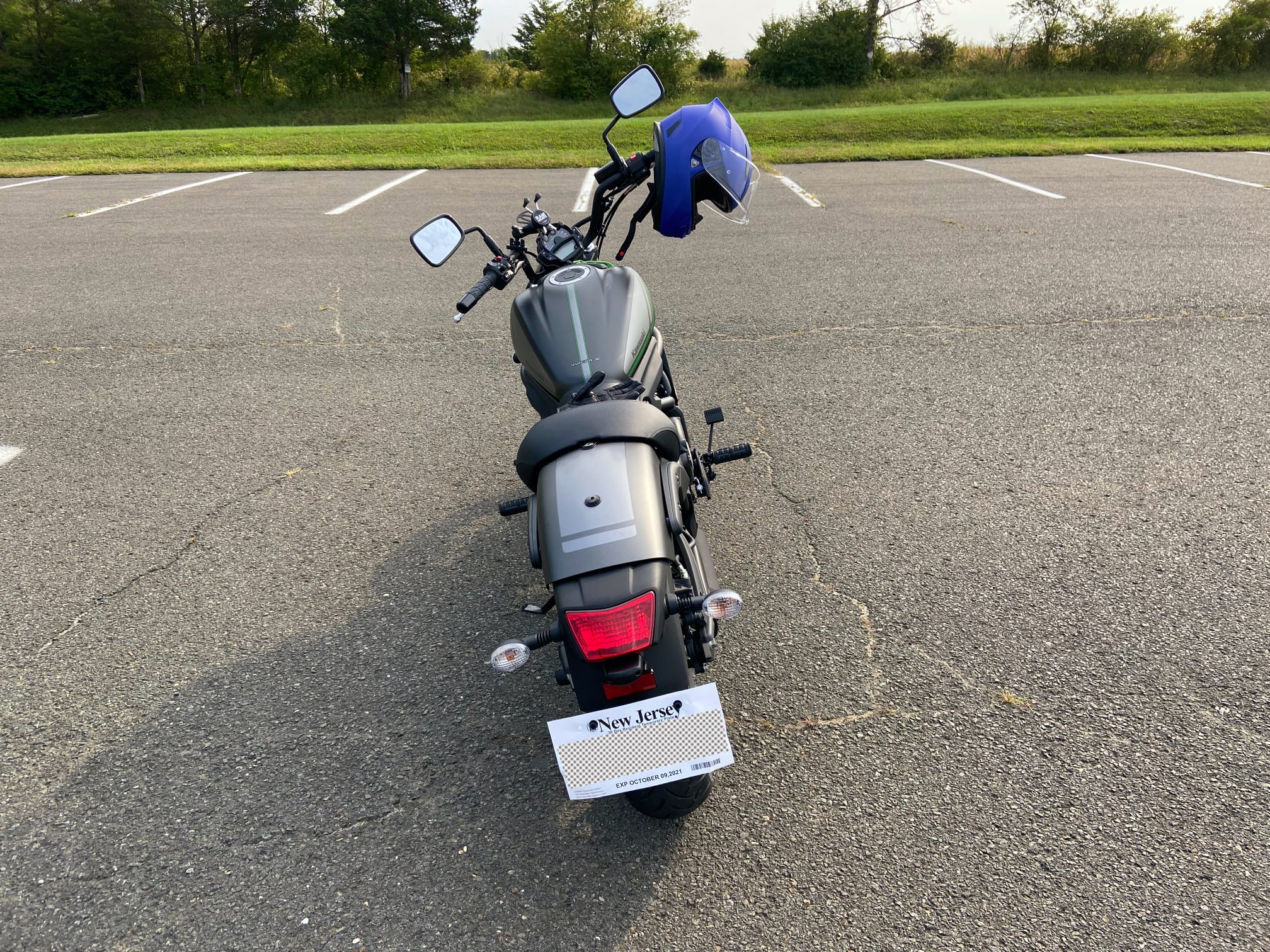 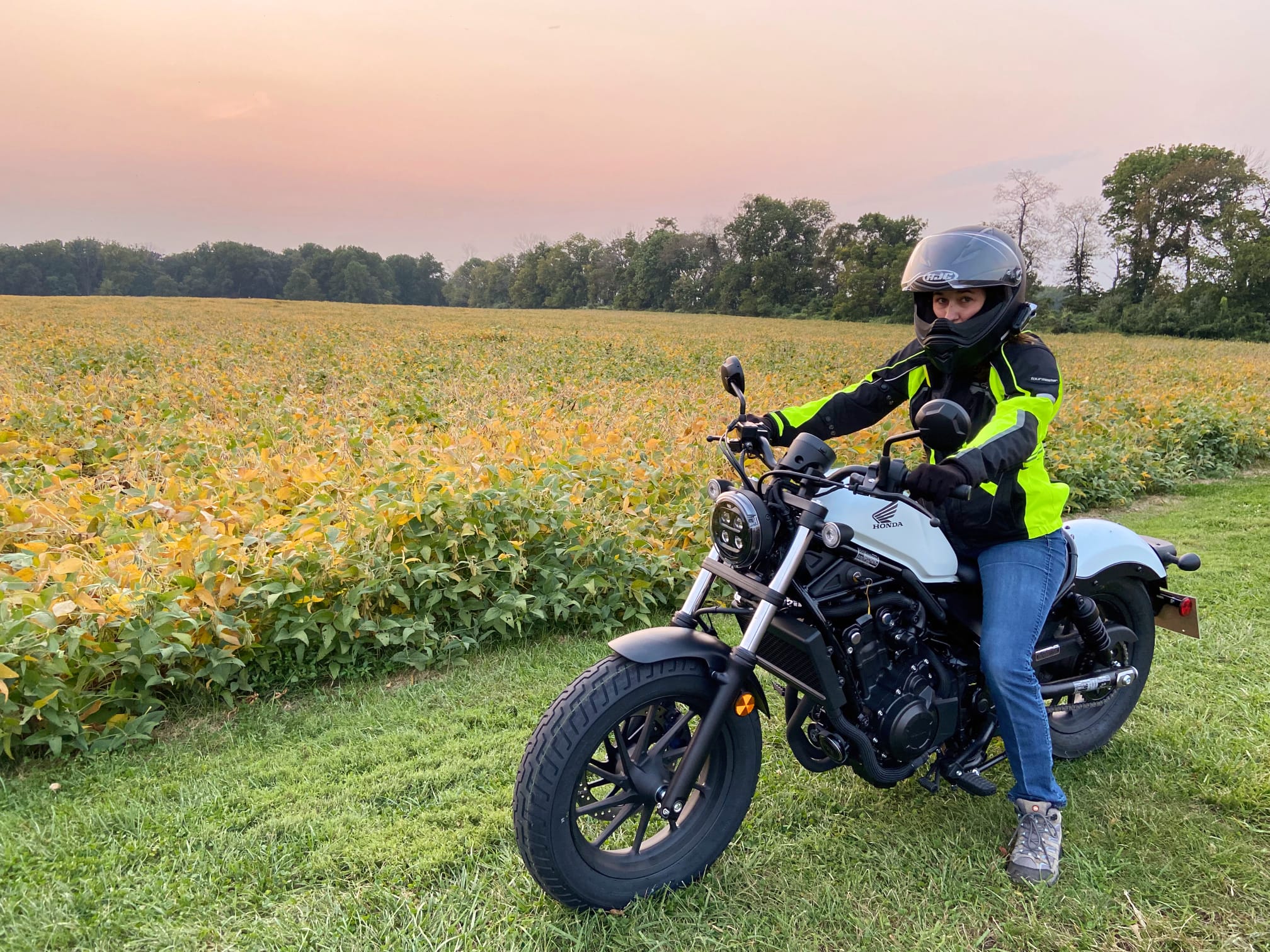 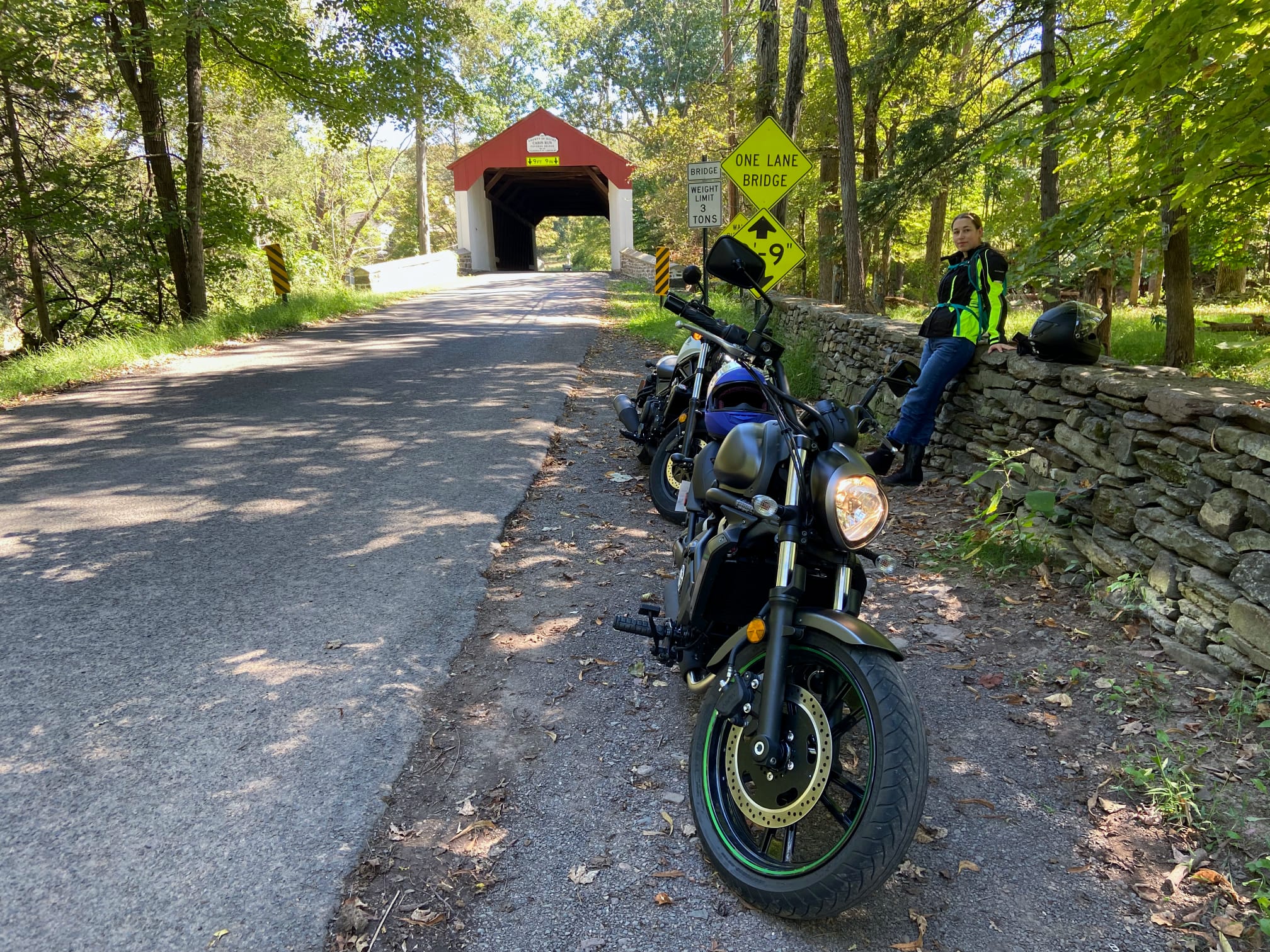 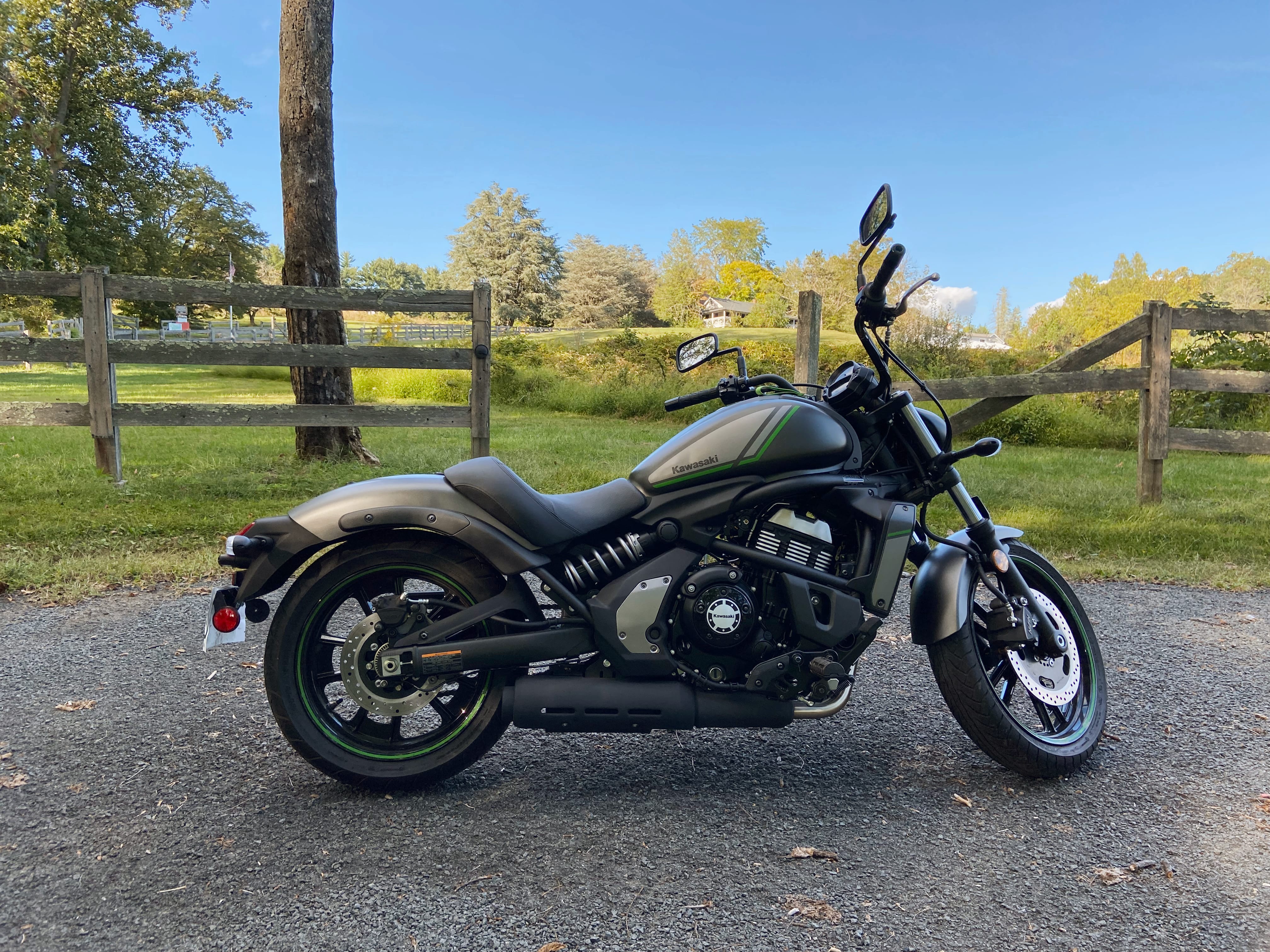 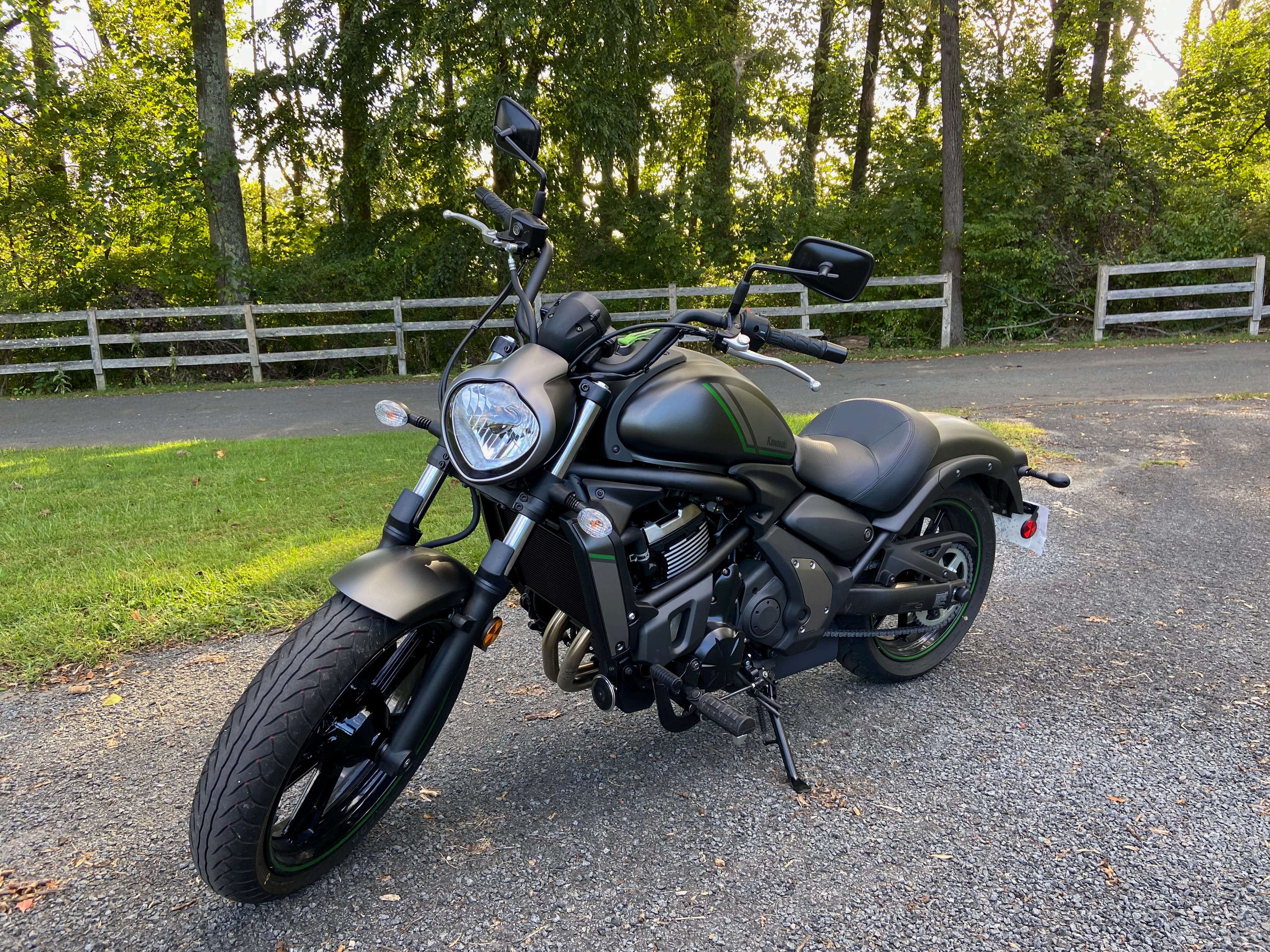 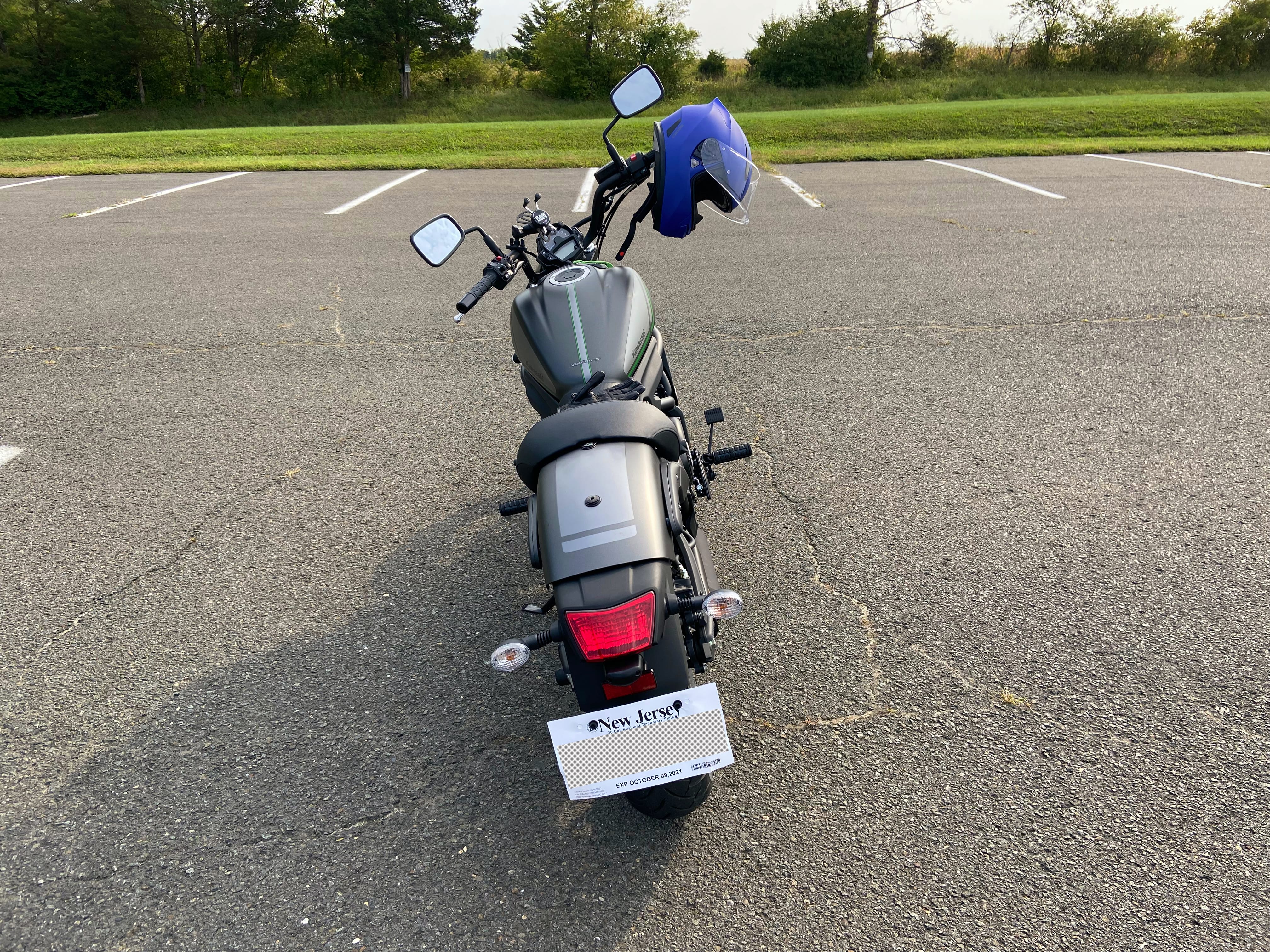 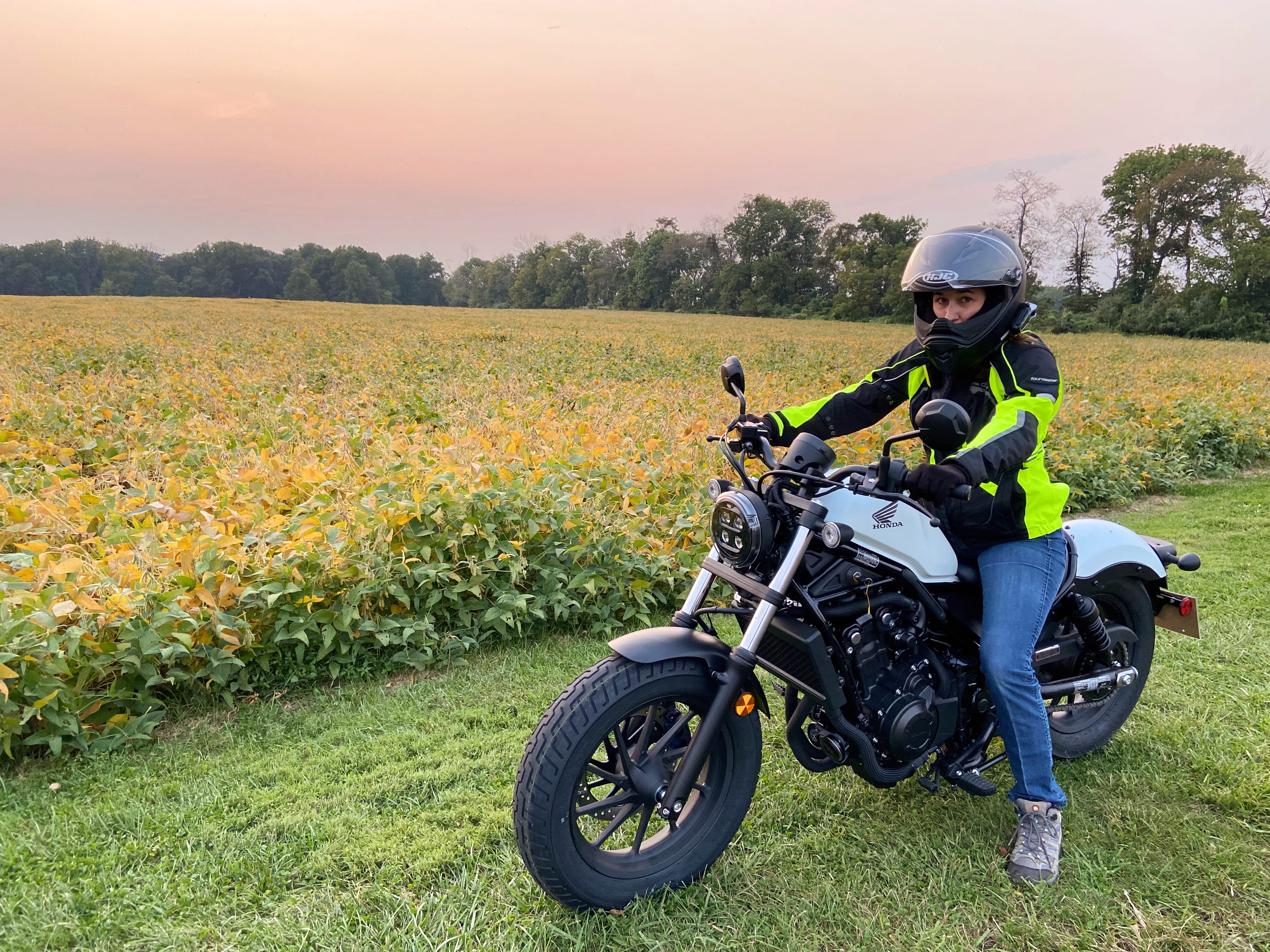 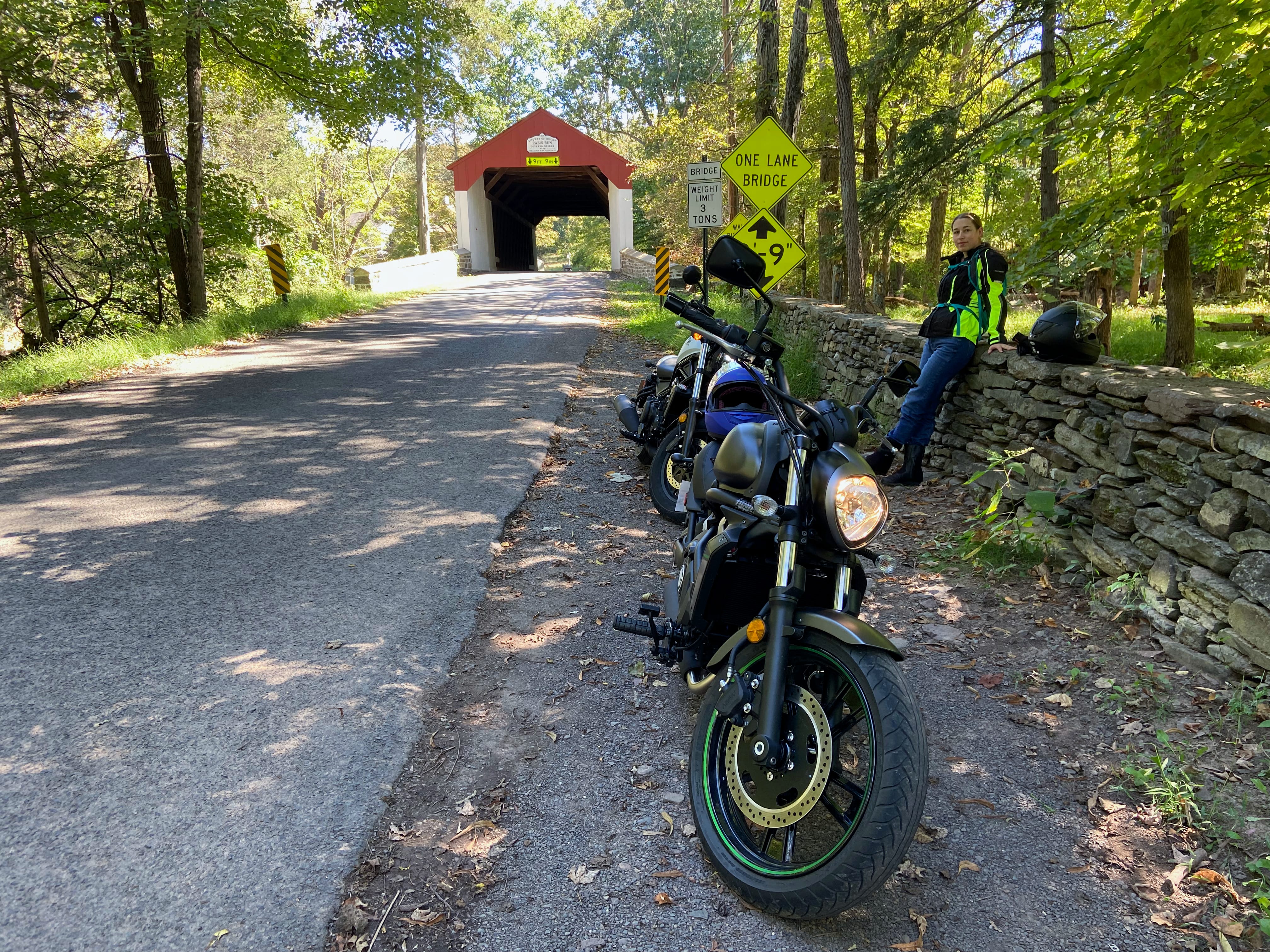 I like learning by doing and learning from others. So we booked a Basic Rider Course in Englishtown, NJ.

Bit of backstory on just booking the course: given that the pandemic has convinced everyone and their brother to get a motorcycle license last year into this year, it was the middle of July and we booked a class for Labor Day weekend. That was the earliest they had; every other school in NJ was booking out into mid-October! At least we now had time to prepare. We knocked out the online course and grabbed some riding jackets and gloves. Ready as could be.

Our instructors were a delightful couple, now divorced, in their later years of life. They had started the riding school while still married, gotten divorced, kept running the business, and peppered their instructions across the whole two days with jokes about it. Education and entertaining.

Dealing with the NJ MVC

This was easy. Surprise!

Also as a result of the pandemic, the NJ MVC has moved to an appointment model. The upside is that you get in and out pretty quick these days. The downside is that appointments are booked months in advance and they release new appointments at midnight each night. I solved for this by building a quick little automation that tracked when new appointments were released and notified me. Automate all the things!

At the DMV I was sent from window 10, to window 12, to window 2, then finally to window 15. The staff assigned me an incorrect number and got my application mixed up with Kristin’s, leading to some poor girl behind the counter running around trying to unravel that knot.

I was also photographed twice on the same day. When I informed the woman that this would be my second photo today she seemed confused. The fact that I bounced across four windows also meant some had cameras, some did not, and my explanation about being photographed once already was not believed. Ah, well. While I got no answers on the day, my suspicion is that I had to process two ’transactions’ in a single day. Using the Basic Rider Course to get a motorcycle endorsement knocks out both the permit and license requirements in a single MVC trip, which resulted in processing the permit (Picture #1) and processing the license (Picture #2). Done together in the same day? Two photos.

With efficiency in mind and a desire to begin practice riding not too long after the Basic Rider Course, I researched good beginner bikes for many hours. Too many hours? Maybe. Lots of YouTube videos were consumed, and opinion blogs which seem to tell you a lot of information and yet tell you nothing at all.

The goals were simple: nothing that would kill me if I accidentally blipped the throttle while sneezing and something we could buy brand new. (There’s a fun discussion whether a newbie rider should be buying a brand new bike; suffice to say I got a lot of opinions before making this decision.)

The initial list of ‘beginner’ bikes I came up with was:

Ten seconds sitting on the Ninja told me I was not after a sport bike. The fit just was not there. Strike one.

For the remaining two my research told me a smaller bike might be outgrown quickly, in less than a year. You get good at riding in a couple months and want more power or to travel on the highway and suddenly that bike is not cutting it. If I was going to spend the cash on something brand new then I wanted it to be a bike I could get along with for a couple years. With a goal of eventually taking a long weekend trip to Vermont, I didn’t want the bike to barely be able to hit 70 mph.

Within three days we found a dealership, sat on the bikes (grr test rides! that’s an entire other post), and put down a deposit. Pickup would be the coming weekend.

Getting the bike home

After plunking down some cash for a deposit, I returned that weekend to pick up and ride the bike home. I plotted a route along Route 206 northbound and avoided Interstate 295 because, well, new bike. This did lead me on a path which wound through Trenton and I got a couple looks. Could it be the high-vis jacket? Or this newb riding a brand new bike through the city? Who can say.

Got home, put her in the driveway, and passed out. Long day!

So…today is not new bike day. This new bike took the better part of the month of September to acquire, so it’s new bike days! Maybe the next one (and there’s always a next one) will be faster.

I’m looking forward to learning a new skill and exploring the world on two wheels. I already do that with my road and touring bikes, so adding a motor to the mix should give me another sense of it all. I can ride longer distances, carry more gear, and experience a different culture that surrounds motorcycles. A lot of good came from my experience with Miata’s and that culture; here’s hoping for the best with this new pursuit!